Neil sent us a review of his Helios a while back which, to my shame, I hadn’t published until today. Here is what he had to say about his ride:

The build was very easy, I’ve built up a few bikes over the last couple of years but this was the simplest build. I had to get a couple of tools, a bearing press for the BB30 and headset and a
cutting guide (not strictly necessary) for trimming the integrated seat post and fork. The internal cable routing is brilliant and easy to build. 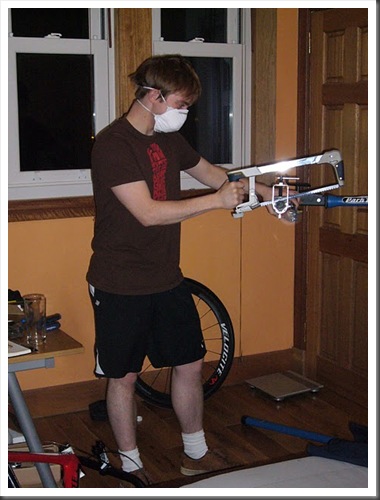 My first serious ride on my Helios was in Lanzarote where we covered about 120km. To begin with I had the saddle a little high but I trimmed it by 5mm twice before finding my ideal height.  Better to cut a couple of times than to cut once and get it wrong! I’ve really enjoyed riding the Helios, so far I’ve covered about 1000km on it [note: this was a couple of months ago, I hope he has covered many more kms on it since!]. I thought with it being a proper carbon race machine that it might be a little harsh but it soaks up the road really well.  On the couple of long 10km climbs I have done, everything felt silky smooth and I wasn’t wasting power. Coming down the other side of the hills was even more fun: the bike felt solid and held its line well at high speed. Sprints have also gone really well with a with several city limits victories already under my belt! It feels a lot more solid than the other bikes I’ve used in the past, with much less give when you’re really stomping on the pedals.

I took part in my first race of the year on Sunday.  I finished 25th out of 80 which wasn’t that great because I missed the main break of 20 riders on the first lap.  However the bike felt really responsive when I needed to respond to attacks from other riders. The bikes I’ve had before always seemed to take a few pedal strokes before I felt like I’m getting going, but the Helios just leaps forward. 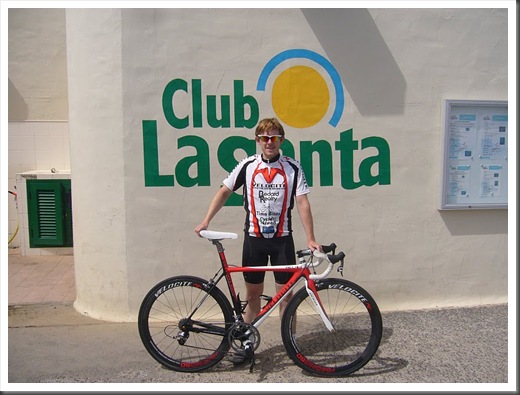 All the best to Neil for the rest of the season!

Velocite Helios now back in stock!

Talk to us here